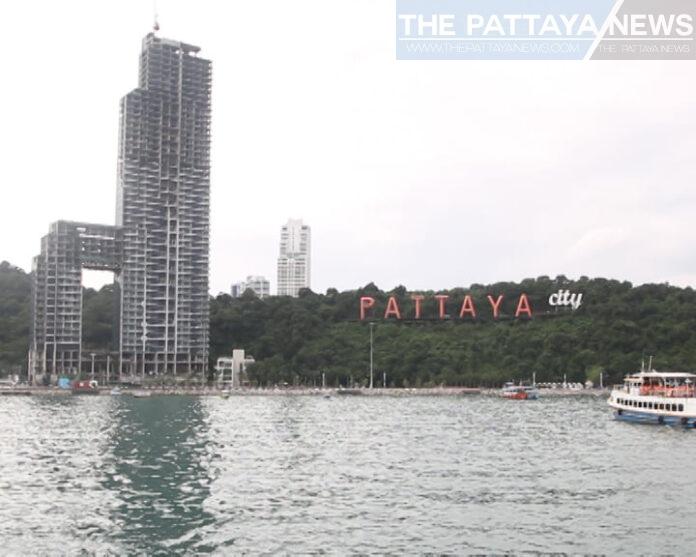 The construction company behind the controversial Waterfront Condo on Bali Hai Pier, under demolition orders, has formally requested for a re-construction license from Pattaya City Hall.

Many local residents and tourists have noticed the hulking 53 story condominium that stands incomplete and abandoned at the entrance to the Bali Hai pier. The story has been going on for many, many years. Rather than list the entire past story here, we will provide our complete in-depth article below detailing the history of the condo and its controversial past.

In September of last year, the Pattaya City Council urged for legal action and demolishment against the controversial abandoned Waterfront condominium at Bali Hai Pier, as seen below. A legal demolition order was made against the building and owners.

The last public news about the Waterfront condo was in late November of 2020, in which Pattaya City Mayor Sonthaya Khunplume said he planned to bring down the condo himself using city resources if the companies involved with it did not and bill them afterwards. The article about this is also below.

Yesterday (October 9th), the Bali Hai Construction Company on behalf of the Bali Hai Company Limited, which has previously claimed to be bankrupt due to all the lawsuits surrounding the building, has officially filed a request for re-construction permission from the Pattaya City despite the demolition order, a somewhat surprising turn of events after nearly a year without public news. Behind the scenes, however, complicated lawsuits and discussions have taken place about the condo with passionate arguments on all sides, according to Pattaya City officials.

The major issue with the Waterfront, and why it “paused” construction in 2014 was as follows, taken from our most recent article about the condo in November of 2020:

“The development of the building has been ongoing for over a decade and the building stopped construction following many lawsuits from private citizens and environmental groups alleging the building was illegal and blocked what they called the well loved viewpoint from the Pattaya Hill, as well as reportedly obscured the view of an important memorial to a famous Admiral and Royal Prince, Abhakara Kiartivongse – Prince of Chumphon, which reportedly offended many Thai people. The company behind the building, meanwhile, has repeatedly claimed all their paperwork and permits were legally claimed.”

These lawsuits and now eight years of back and forth drama between multiple parties, which is well summarized in the previously linked articles, have continued to hit roadblocks. The Waterfront is under a legal demolition order, however, the question of who and how would take down the building has held up the situation for a year now, according to Pattaya City Hall, while the building remains what many local residents call a massive eyesore.

The Bali Hai Construction company stated in their application for a re-construction license that they are willing to demolish multiple floors of the building to avoid blocking the view from the Pattaya Viewpoint and offending environmental groups. They are also willing to allay concerns about additional traffic by building connections with nearby roads. TPN media notes, however, that demolishing only eight floors, as proposed in the recent paperwork released by the city, would not substantially change the view being blocked from the Pattaya Viewpoint, according to multiple local environmental groups.

At this time, however, Pattaya City officials said they cannot allow the Bali Hai Construction Company to resume construction immediately because it is not following the Building Control Act. The front part of the building which is next to the Bali Hai Pier does not connect to public roads on both sides, according to Pattaya City Hall, and is also encroaching upon public land. Both of these factors would bog the area down with traffic problems, according to Pattaya City Hall.  The Bali Hai Construction Company has previously disputed the claim they are encroaching on public land, although this depends on if one is measuring distance from the building to the sea or the building to the end of the pier, as some environmental groups previously alleged.

As mentioned previously, Pattaya City has already ordered the building to be demolished and has been granted legal approval, however, due to multiple issues with questions of how to safely bring the building down and more importantly on who would be responsible for the cost, the demolition has not yet happened, despite being ordered officially over a year ago.

Pattaya City officials, also stated that it is legally unclear if the re-construction license request can be done after the demolishment order has been issued. There is also, as noted in our referenced articles above, dozens of lawsuits pending between tenants who paid for a condo in advance and the owners of the property pending that could complicate the process. Thai residents on social media, having found out news that the building owners were attempting to seek permission to begin construction again, appeared to be almost universally opposed according to comments read by the TPN team overnight, with some of those involved with local enviromental groups posed to potentially file more lawsuits to block any such action.

For now, it appears the building will continue to be tied up in a complicated, complex, and seemingly neverending legal nightmare without a roadmap out, TPN media notes. 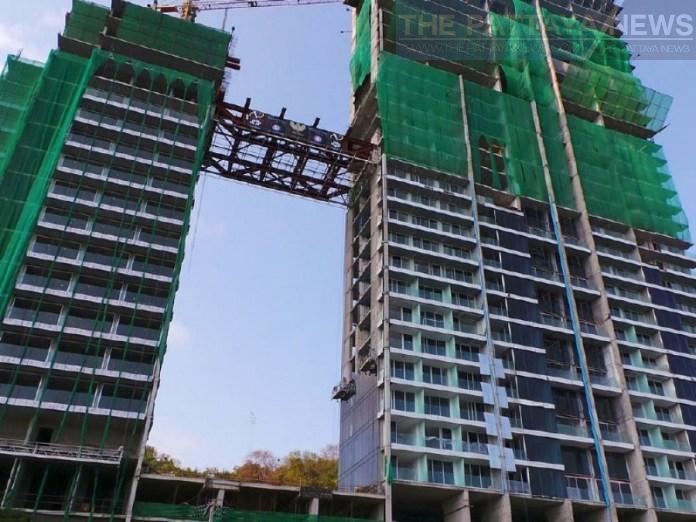